US indexes rallied hard after an initial selloff triggered by the employment data was brushed aside into the close. The stronger than expected jobs number would be expected to be inflationary but the market was focused on the recovery and the further stimulus checks pushed through senate that will eventually flow into the economy and the markets. The sudden rally around 3am Sydney time gathered steam and triggered a lot of short covering on the key indexes to take the focus off yields for now. If employment data continues to be positive, then the Fed may be forced to rethink the bond buying program and yields will react accordingly to pressure share markets lower. This may take some time and the stimulus will be the focus in the near term after Democrats push through Bidens $1.9 Trillion bill over the weekend. Either way, there will be a lot of dollars to flow into the system and that remains inflationary…its just a question of how long the party can continue. The DOW closed up 1.85% while the broader SP500 ended up 1.95% and the Nasdaq closed up 1.55% for the session. In Europe, major Indexes edged lower to give up early gains after the US employment data was released. Traders were concerned that the better than expected Jobs report will add to inflation presure but the minute that the key indexes closed, the US ramped higher, seemingly brushing aside any of those concerns. Expect that Europe will want to play catchup with the US once they open for trade today.

The USD Index continued the march higher and managed to hold onto the gains even as share markets rallied. The dollar seems to be showing more concern for inflation and the end to the stimulus era than Indexes as the US economy recovers faster than many expect. The move up in the dollar is extended, so we expect that there may be some profit taking from recent buyers in the near term. The EURUSD continues to look weak and move lower on the back of the USD strength. With the positive economic data out of the US, there will be some movement out of Euros and into the USD for a yield play and also to take advantage of the potential squeeze into both currencies. Expecting rallies to be capped into the Euro and for the pressure to continue lower. The GBPUSD also came under pressure and now looks set for a deeper move down. Price has now attacking the medium term trend up so we may start to see a bigger unwind of buyers over the coming days as traders favour the USD and sell into rallies. The AUDUSD did see a flush of sellers on a pop higher over the US employment data release but the ‘risk’ nature of the currency may be taking a turn as the pressure remains lower. Price did again rally once 3am ticked over and shares ramped higher, although the bulls were well contained and stopped by some selling pressure into the US close to hold a lower level. Price looks poised for another push lower but the move will depend on the USD action today. The USDJPY moved higher in the Asian session as key indexes were under pressure and the USD headed higher. Price then started to fall and put the squeeze on buyers that have built up recently. The US data release triggered some more selling so we will be watching the pair for more pressure from sellers to see if the 108.090 will hold or break. This will be a ‘heads up’ for the coming action into the USD.

SPOT GOLD was choppy as the dollar continued higher. Buyers seem intent on seeing higher levels as price held minor higher lows although the trend remains firmly lower for now. If the Dollar continues its push higher, then expect to see a squeeze lower into gold and a test of the 1670 zone. The key anchor to the downtrend is at 1722 so there is enough room for buyers to boost their confidence before a fall. Crude Oil ramped up continuing the pressure from buyers on the back of the extended production cuts from OPEC. It was consistent and mechanical buying from the open of the Asian session so we may expect more of the same today if sellers can not trigger any profit taking for a pullback. Copper seemed to brush aside the USD move up and focus on share markets and the US recovery as price rallied higher on the 3am pump into the share market. Price pushed up through 4.0930 to settle stronger although is hovering just below resistance where we expect to see some profit taking from bulls.

Cryptocurrencies edged higher over the weekend to continue the push up from Fridays close. Bitcoin is currently trading at $50010.3 up 3.02% while Ethereum is at $1650.96 down 0.16% and Ripple is at $0.46020 up 0.17%. Technically, the price action is holding up well and may start to give new buyers confidence to jump into the action for a new push higher.

The ASX200 again started the day with a selloff and then found some buyers to support price into the close. Price moved up 50 points of the session lows to end the day down only 49.9 points to 6710.8. The biggest losers were the Metals and Mining and Materials sectors while Energy had a strong session. Falling stocks outnumbered advancing ones by 1021 to 396 and 296 ended unchanged.

The ASX200 is expected to open up 100 points as the SPI200 ramped up following the US into the close. Expect to see some serious bargain hunting on the open as traders try to make back some of the previous sessions losses. 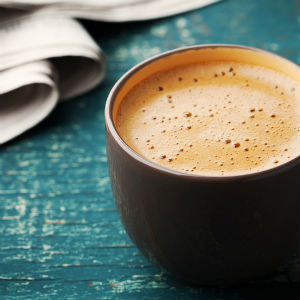 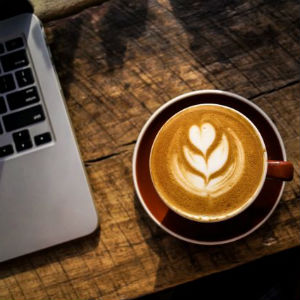