US Indexes plunge as the bull market officially ends and a new bear market begins. The announced US travel restrictions completely spooked the market during the Asian session and the selling continued through to the European and US session. Trump continued to say that things will be fine and that the ‘government is working on a lot of things with the financial markets’ which will bounce back soon but continues to produce little. Traders still expect stimulus but seem to be waiting for positive virus news to boost sentiment. The move lower during the session was the biggest one day percentage loss since October 1987. The DOW was again slammed down 9.99% while the broader SP500 was down 9.51% and the Nasdaq also ended down 9.43% for the session. In Europe, major stock Indexes were also hit hard and nothing was out of the line of fire. The spread of the virus and the associated economic issues that are triggered are traders biggest concerns which seems to be the reason that stimulus is having no effect at this stage. Traders need some relief to negative news on the virus spreading and weighing in health systems globally prior to looking support share prices. News that China is getting back to work is also having little effect on sentiment. The absence of a rate cut from the ECB gave no support to buyers and increased the selling momentum to new lows.

The USD Index rallied hard as the demand for dollars via the currency derivative markets surged to the highest levels in years. Banks rushed to secure dollar funding which pushed swap spreads to their widest since 2017. A widening spread indicates that non-US borrowers are prepared to pay a premium to access dollars and further strains on swap markets could pressure the US Federal Reserve to up liquidity operations through repos and swap lines. The New York Federal Reserve pumped more liquidity to banks overnight which briefly reversed some of the day’s losses.

The EURUSD nosedived as the squeeze on buyers continued being pressured by the rally into the USD. Price found some support at 1.1090 but we expect that this may come under pressure in the near term. The GBPUSD also fell under the weight of the rush to USD. The move down was savage as buyers disappeared so we expect that it may take some time to repair. The AUDUSD was also slammed lower and is within striking distance to levels of 2008 during the GFC panic so buyers will be hoping to see price find some support. The USDJPY edged higher as the dollar rallied but was again weighed down by safe haven YEN buying.

SPOT GOLD was hammered as general panic saw traders close out open positions across the board. Crude Oil also pushed lower as there was no news of the Saudi Arabia and Russia production cut standoff coming to an end. Russia have said that they can handle lower prices and extra liquidity from Saudi Arabia supply. We expect to see another push below 30 in the near future. Copper also pushed lower on a general risk off tone as buyers struggle to hold support zones. Price pushed to levels last seen around December 2016.

The ASX200 came under serious pressure to take out a key level which could see a prolonged correction. The index is now off over 25% from the highs made 20th Feb and has now moved down to levels from November 2016. That is some serious gains wiped off the market and a lot more than most expected. The index was initially under pressure early in the session before Trump came online admitting that the US has a problem as he suspended all flights from Europe for 30 days. At the close the ASX ended down 421.3 points to 5304.6 down 7.36% with all sectors down well and truly in the red. Falling stocks outnumbered advancing ones by 1313 to 100 and 194 ended unchanged.

The ASX200 is expected to open down 380 points after the US was once again hit hard on fear driven selling. 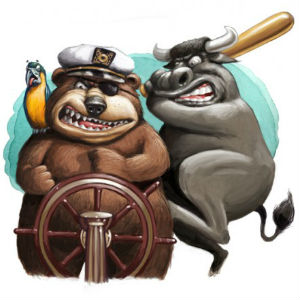 The ASX200 bulls finally come out to play 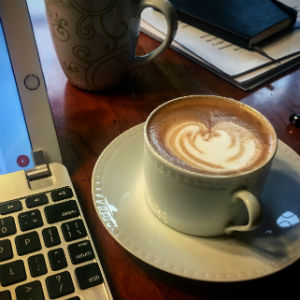